Trees and lights and the moon in Mount Royal 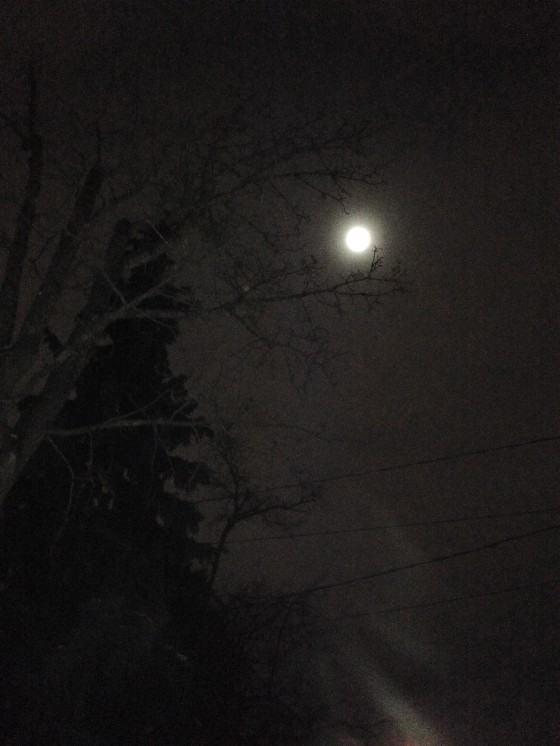 I went for a walk last night around 10 PM. At first I headed toward Scarboro but ended up veering East after a couple blocks. Maybe this was a night for the Earl Grey bluffs? I crossed 14th into Mount Royal and moseyed up Colborne. I ended up on Durham, which I don’t think I’ve walked on before. There are some large properties on this street, with big houses, wrought iron gates and driveways that wind up hillsides.

At some point, I noticed that the hairs along my spine where feeling a little prickly. Maybe I was cold?

There were a lot of big trees around me partially obscuring my view of the houses: towering fir trees – black silhouettes against the somewhat lighter sky – and ancient poplar trees with their leafless branches hovering over the empty, snow-covered street – clawed tentacles waiting for their prey. The moon was almost full and shone through a diaphanous veil of clouds which shrouded the pitch darkness of outer space. I also had some Rob Zombie tunes pumping through my headphones: the sexy, campy and halloweenesque heavy metal grooves of Hellbilly Deluxe. Yeah, I was a little creeped out.

And then I came upon a group of poplars, all wrapped in red lights. Eeriest Christmas lights ever? 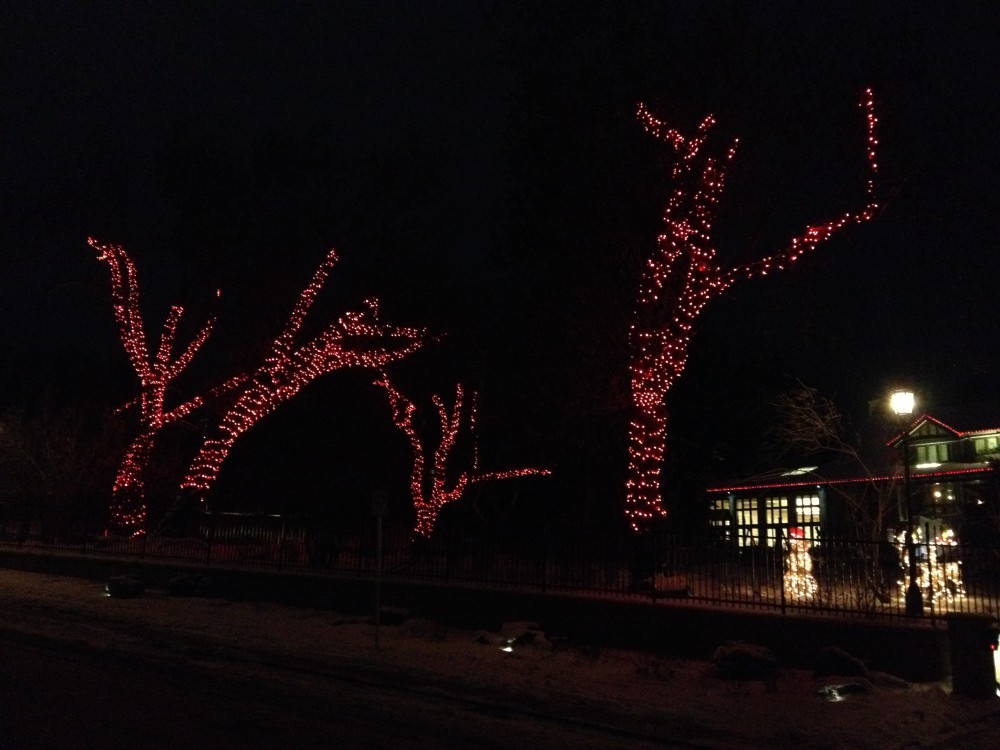 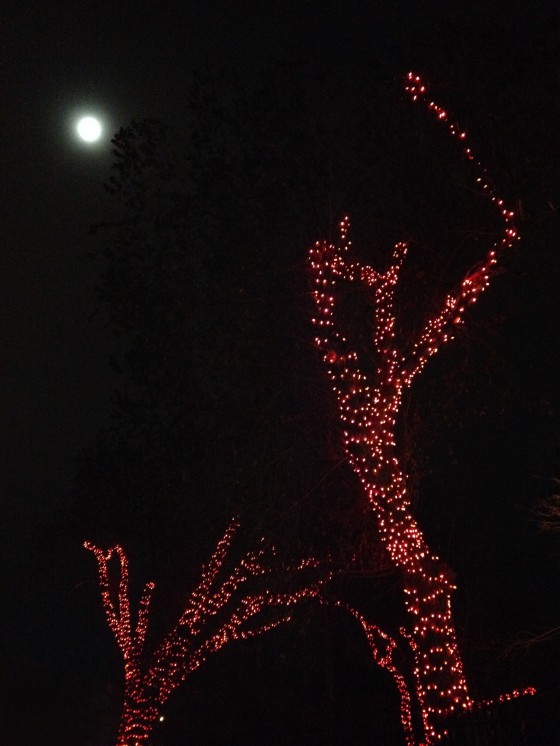 I walked on and ended up in the large snowy field of Earl Grey Park. Up ahead was a huge fir adorned with golden lights. I would probably have heard some angels singing but Rob Zombie was still rocking my headphones. I took a picture of the golden tree and my iPhone died. And I heard the angels sing! Well, no. But ghosts of Christmases past scurried off and the world was now quiet and peaceful. 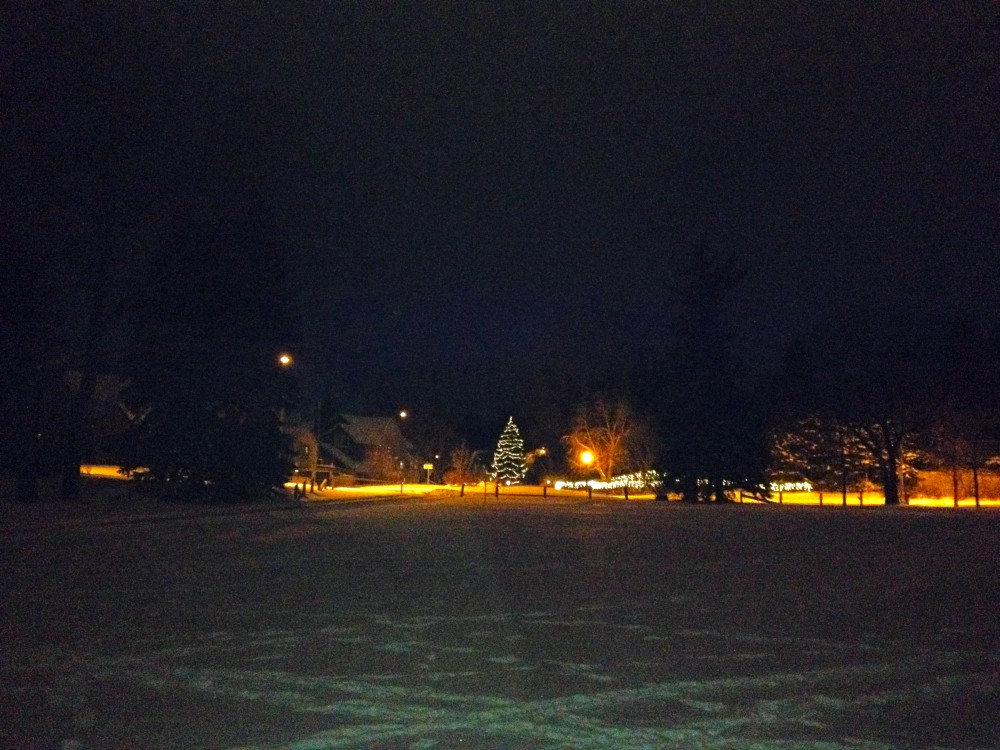