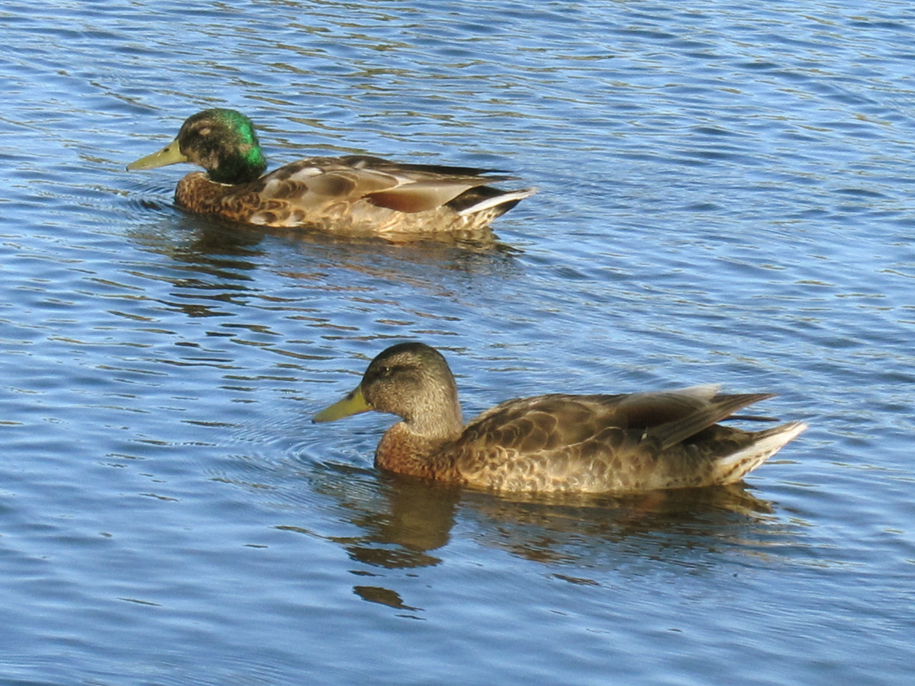 After the mating season, male Mallards start to molt. They look a little sickly as little beige patches appear on their lovely green heads. I only discovered a few months ago that some birds have different breeding and non-breeding plumage. The last few weeks, I’ve been watching the male Mallards change with excited anticipation. When, when, when will I see a fully morphed male? I photographed the two males in the picture above today at Trout Lake. The closer one looks fully morphed. He was the only one I noticed today.

Non-breeding males and females have the same plumage. They can be distinguished by the colour of their bills. Males have yellow bills all year long while females have orange and brown bills. I took a picture of a non-breeding male and female in Calgary in mid-October. At the time, I was perplexed by their different coloured bills. Now I know!!!