This photo was taken in Vancouver’s Stanley Park on October 10th 2015, when J and I took a walk along the Lost Lagoon trail. The day was overcast but, luckily, it didn’t start raining until we got back to our car. We were visiting my sister and her husband in Vancouver for Thanksgiving. Also, J and I got married that weekend!

Scientists recognize 24 subspecies of Song Sparrows and have described some 52 forms: they are one of the most regionally variable birds in North America. In general, coastal and northern birds are darker and streakier, with southern and desert birds wearing paler plumages.

Here is another Pacific Northwest song sparrow from my October walk with J.

The photo below is also from Stanley Park near the Lost Lagoon, but I took it on May 12th 2015 with my old Canon Powershot camera, which only has 3x zoom instead of 50x. People had left some seeds on the ground so the birds let me get a little bit closer than they normally would. 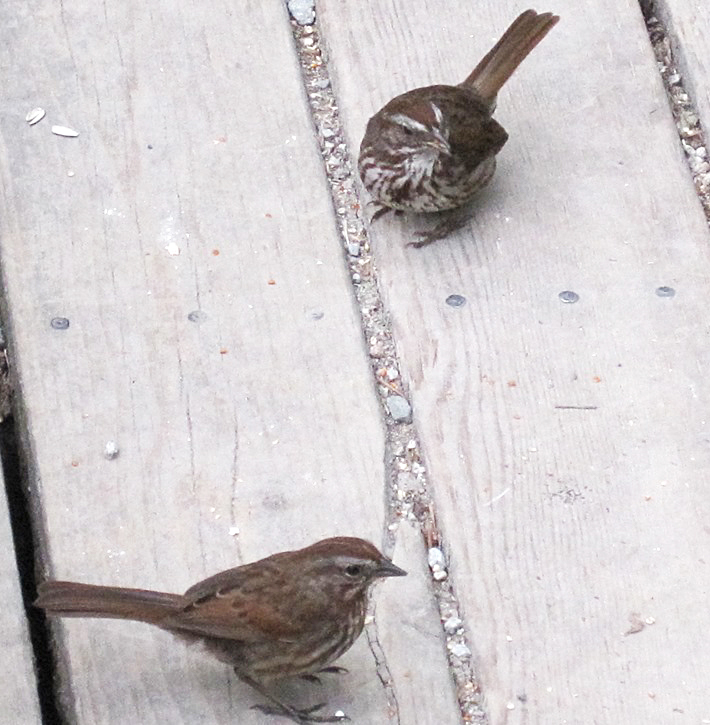 J and I were fortunate to spend another long weekend in Vancouver in December of 2015. J had some work meetings in Coal Harbour on a Friday morning, and I took advantage of the sunny weather to walk along the recreational path that follows the harbour. I heard some rustling and glimpsed some movement in longish grass and dead leaves. A song sparrow took a peek out while foraging. 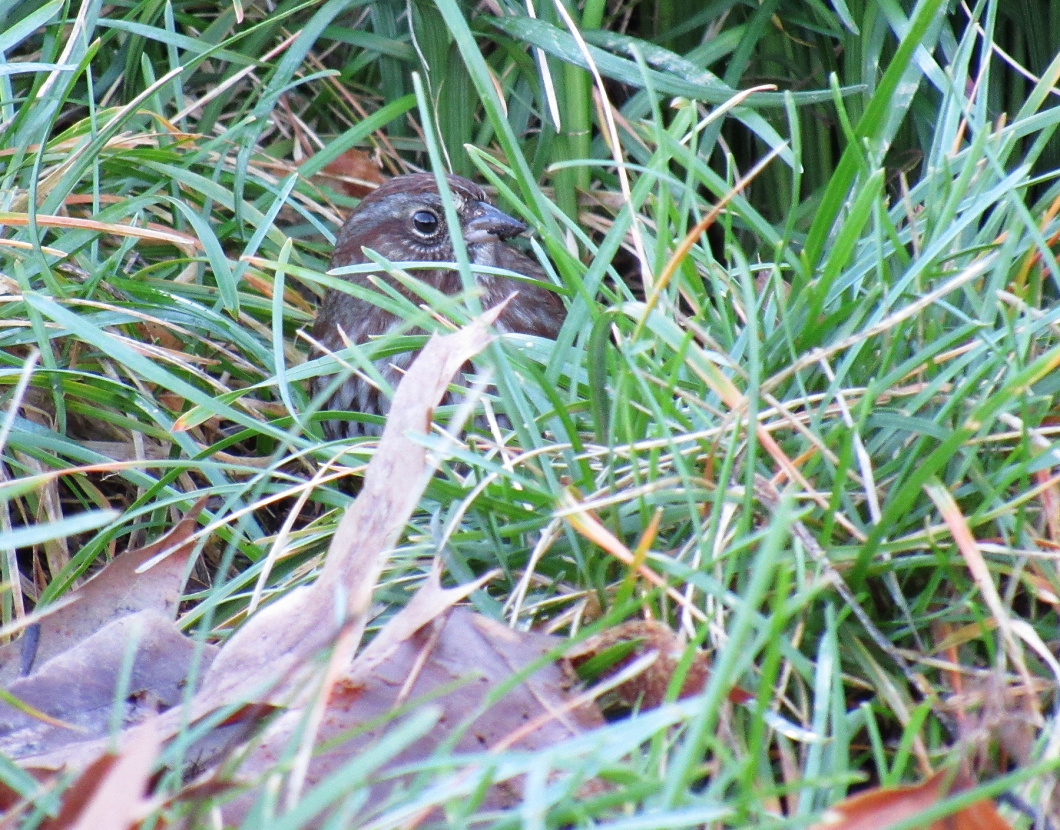